A great guitar for a player or collector who wants an instrument built in the direct tradition of Daniel Friederich, from whom Lesueur learned guitar making 45 years ago.

As Lesueur tells it, both he and Friederich knew each other as cabinet makers in Paris before either one started making guitars. Friederich began first and acquired skills and knowledge that put him at the forefront of world luthiers.

At the age of 39 Lesueur decided to follow his friend and became his apprentice and in 1978 he made his first concert instrument.

During his subsequent career he won all the national and international guitar making competitions and attracted the attention of many top virtuosos such as Toninho Ramos, Celco Machado, Mitsutoshi Tanaka and Alvaro Pieri. 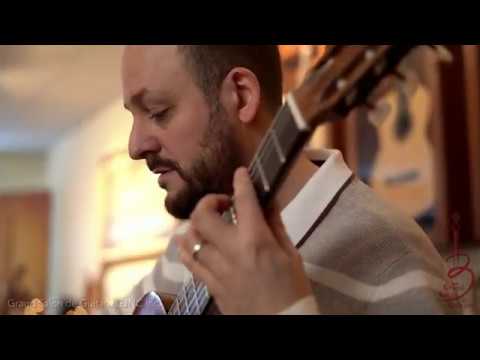 Indian rosewood back and sides