Sound is velvety, smooth and balanced across all registers, being a double-top, it is particularly powerful with a fast response. The warm rounded trebles & deep basses are easily produced & seem to jump out of the instrument with even the slightest touch. 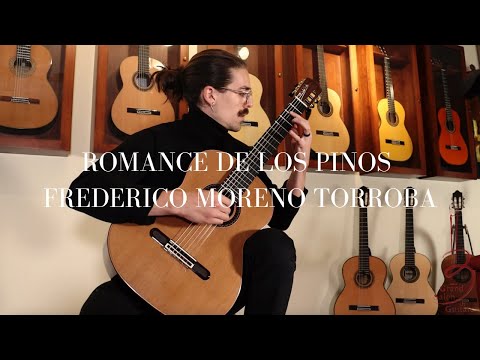 Signed certificate from the luthier is included with the guitar

Yulong Guo has been building guitars since 1983 and has gained a solid reputation in recent years for his high-quality double top guitars, as well as this model, called the “Philharmonic” which is his top-of-the-line concert double-top model based on the soundboard designs of Antonius Mueller.

In 2018 he also introduced a traditionally-built guitar, the “Granada” model, which won 2nd prize at the 2018 “Antonio Marin Montero” Guitar Building Competition in Granada, Spain.

This is our first “Philharmonic” from him, and just a look at this and one can immediately see his bold aesthetic – most notably the head has a single slot that tapers to the carved shape continuously from the bass side to the treble side.

The rosette has a Romanillos-inspired motif featuring the iconic Moorish columns.

Sound is velvety, smooth and balanced across all registers, and being a double-top, it is particularly powerful with a fast response.

The warm, rounded trebles and deep basses are easily produced and seem to jump out of the instrument with even the slightest touch.

It also features a semi-raised fingerboard which is intended to provide greater ease to the left hand in the higher positions.